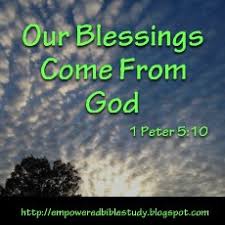 It has been very well documented that the Nigerian economy has taken a turn for the worse. There are tales of woe about businesses shutting down and some actually relocating to nearby countries like Ghana where power is at least stable; as the cost of generating one’s own power in Nigeria is ridiculously expensive. So can we safely say that there is a “famine” in the land? Well maybe not entirely so but to a certain extent; as prices of food items, goods and services are shooting through the roof. It is truly really difficult for some to take care of their families and it is indeed a very sorry state of affairs. Hordes are relocating to Canada as we speak yet this is not a strange phenomenon.  “And there was a famine in the land: and Abram went down into Egypt to sojourn there; for the famine was grievous in the land.” Genesis  12:10 KJV Abraham left his home country when things became unbearable. So relocating to more favourable climes has always been a “thing” from time immemorial.

In his days, Abraham left for Egypt when there was a famine. But Isaac his son (in his own days) did not. He instead stayed on at Gerar; which was situated  on the Southern  border of the Canaanite settlement and there he prospered, because the Lord blessed him. “When Isaac planted his crops that year, he harvested a hundred times more grain than he planted, for the Lord blessed him. He became a very rich man, and his wealth continued to grow.” Genesis 26: 12-13 NLT This tells us clearly that even in the time of famine, there are some who will do well. Remember  that “The earth is the LORD’s, and the fulness thereof; the world, and they that dwell therein.”  Psalms  24:1 KJV  and also that  “I have planted, Apollos watered; but God gave the increase.”  1 Corinthians  3:6 KJV

The truth then is that our success and  our prosperity all depend largely on God.  That is not to say we should not make any efforts on our parts because after all if we do not sow or plant, what will the Lord have to bless? Besides we have been told  “Seest thou a man diligent in his business? he shall stand before kings; he shall not stand before mean men.” Proverbs  22:29   KJV When we work diligently, the Lord will work in our favour.  However, if we are slothful, we set ourselves up for failure and disaster. The Lord does not want to have anything to do with lazy people.  So how can He even bless them? Listen to what Jesus said:

“His lord answered and said unto him, Thou wicked and slothful servant, thou knewest that I reap where I sowed not, and gather where I have not strawed:  Take therefore the talent from him, and give it unto him which hath ten talents.   For unto every one that hath shall be given, and he shall have abundance: but from him that hath not shall be taken away even that which he hath.  And cast ye the unprofitable servant into outer darkness: there shall be weeping and gnashing of teeth.”  Matthew  25:26; 28; 29; 30 KJV

The Lord expects us to work with what He has deposited in us. Then as we do so, He adds the increase. He blesses. The fullness of the earth belongs to Him and He can do whatever He wants with it. “Remember the Lord your God. He is the one who gives you power to be successful, in order to fulfill the covenant he confirmed to your ancestors with an oath.” Deuteronomy 8:18 NLT

Let us therefore commit the works of our hands unto God. He is more than able to bless us abundantly even in the midst of the famine.

ALL THE BLESSINGS COME FROM HIM.