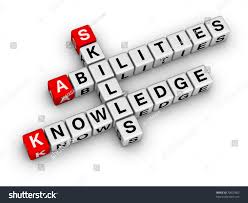 Sometime ago I made an observation. It seemed that if somebody was doing well at a particular business, before long there would be a bandwagon of others setting up shop in the same trade. There was the case of water that was being sold in plastic sachets. This became popular in the nineties and the pioneers of the business were cleaning out. And then suddenly everybody wanted to have a sachet water factory, regardless of whether or not it was what they were called to do. Well you can imagine what happened!  Many fell by the way side because it was not their calling or their passion.  They were just drawn to it because it looked like it was a cash cow but they forgot that every venture has its challenges and if you are not called to it you are bound to be overwhelmed and look for a way out.

There is a different plan and agenda for each and everyone of us. For the younger ones everybody is not and cannot be Davido or Olamide or Wizkid. The bottom line is that every one is not an entertainer. The world is waiting for the next Sprinter, (after Usain Bolt,)  or someone who will redefine recreation, or someone who will put music to mathematics,  physics, chemistry and biology for the special learner, someone who will invent a cap that will undo our braids or cornrows in record time without damaging our edges…(wink wink ladies). So we all have different and unique abilities and even our Lord stated this clearly.  “He gave five bags of silver to one, two bags of silver to another, and one bag of silver to the last—dividing it in proportion to their abilities. He then left on his trip.” Matthew 25:15 NLT This is how the Master Craftsman has wired us; He knows what each one of us is capable of doing.  And this is why it is written thus: “….And God is faithful; he will not let you be tempted beyond what you can bear…. “  1 Corinthians 10:13 NIV  Therefore it must be that we cannot all be doing the same thing. It is just not possible. Should we not then seek the face of the One who made us before we decide to go jumping unto any bandwagon of trade? I believe we should seek God’s face first.

For the reason that God knows our abilities,  we should desist from comparing our children, our staff, our friends, our colleagues to one another. We are all made differently for different things. Our strengths are not the same and I believe that we would all excel if each of us found our passion and invested time and energy in them.  Similarly, we should stop being envious and jealous of one another. There is no need for that. If I am to be the world’s best teacher, why on earth would I want to be envious of someone who is doing great things as an entertainer or as a PR  Consultant who appears to be doing very well and making a lot of money? Some people who are supposed to have made some ground breaking research in the cure for some terminal ailments are busy on a runway in Lagos or Paris. Let us not join them!

There were two men in the scriptures, Bezalel and Oholiab who were specially gifted to do particular things. “Then Moses told the people of Israel, “The Lord has specifically chosen Bezalel son of Uri, grandson of Hur, of the tribe of Judah.  The Lord has filled Bezalel with the Spirit of God, giving him great wisdom, ability, and expertise in all kinds of crafts. He is a master craftsman, expert in working with gold, silver, and bronze. He is skilled in engraving and mounting gemstones and in carving wood. He is a master at every craft. And the Lord has given both him and Oholiab son of Ahisamach, of the tribe of Dan, the ability to teach their skills to others. The Lord has given them special skills as engravers, designers, embroiderers in blue, purple, and scarlet thread on fine linen cloth and wavers.  They excel as craftsmen and designers.”  Exodus 35:30 -35 NLT

Following from the above we see that indeed there are different skills for  different people. And it will be difficult to excel at something for which you do not have the skills, abilities or talents. Those two men were equipped with talents for particular things. But if they  had abandoned what they were equipped for and wandered else where they would most likely not have excelled.

As we nurture and groom our children into adults,  let us prayerfully lead them in the direction where their talents are. If they are not the next Kanu Nwankwo,  Louis Hamilton, Jeff Bezos or Serena Williams then please, do not lead them down a road where they will eventually get frustrated and become rebellious. And as for us is it possible that we have found ourselves doing something that gives no joy? It’ is never too late to seek the face of God to direct us to our talents and abilities.