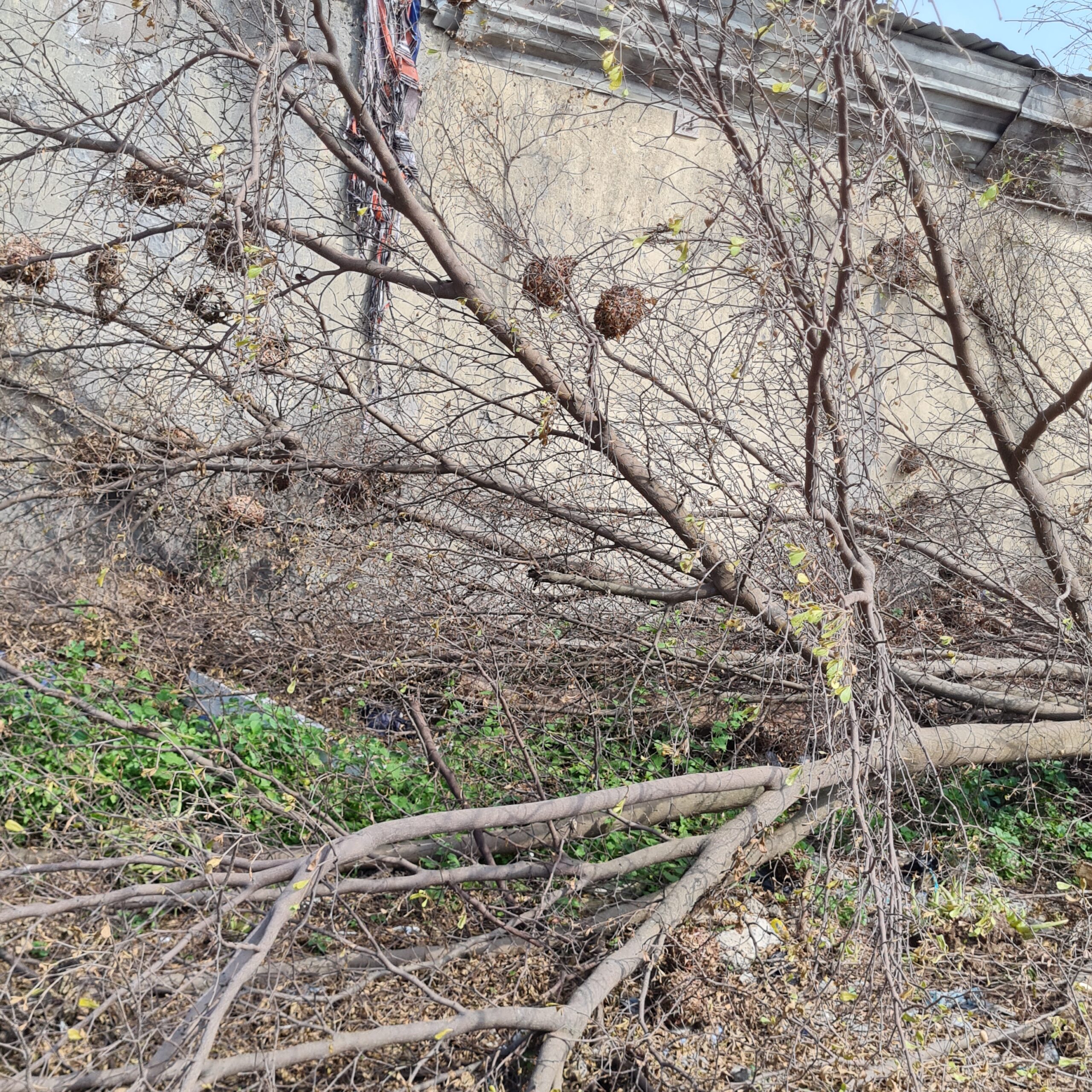 Last week, on the way to drop my son off at school in the morning, I noticed that a tree which was some distance away from his school had been chopped down. I believe it must have happened after I had picked him up the previous day. The many weaver birds that had built nests and made their homes in the tree, were now rendered homeless and were perched on the overhead power lines around and were chirping away. It was a sight and sound to behold. Like they were protesting the destruction of their habitation.
The freshness from the rains of the past few months was still very evident on the fallen tree. The leaves were a beautiful leaf green colour and they looked just as lush as if they were on an upright tree. I drove past a few days after and did not take much notice of the tree again.
At the start of this week however I was shocked at what I saw when I got to the place where the tree had stood – a sea of brown. All the lush green leaves of last week when the tree had just been newly cut and of the past few months when we had been blessed with rains, were all dried and shrivelled up. Most of them had fallen off the branches which had now also begun to dry out. There was not a single bird in sight. I slowed down looked at the empty nests and took photographs with my phone.
The source of the bountiful, robust green leaves and fleshly stems of the tree was down to its roots. As the rain had kept pouring down its goodness and the roots continued to drink it in, they were in turn able to nourish the leaves and stems from the nutrients thereof. As soon as the stems were cut off from the source the result was death. It is just as simple as that. This is the story of life.
We have only one source, and that is the Almighty God, our Heavenly Father who is our Creator. It is His very breath that is in us. “Then the LORD God formed the man from the dust of the ground. He breathed the breath of life into the man’s nostrils, and the man became a living person.” Genesis 2:7 NLT As we are alive today, the very breath of God is what keeps us. Once we breathe our last of that breath, all supply is cut off and death sets in. That physical death is one when we cease to exist on this side of eternity but even while we are still living there are many deaths that occur all the time when people forget, deny or disconnect from the very source of their being.
“In the beginning was the Word, and the Word was with God, and the Word was God. He was with God in the beginning. Through him all things were made; without him nothing was made that has been made.” John 1: 1 – 3 NIV Jesus is the Word of God and He literally made everything. He is our very breath. As long as we refuse to accept and acknowledge that truth, what we are really doing is rejecting our very source. There is a saying that goes like this: “A river that forgets it source will dry up.” By cutting down that tree it was separated from its source and before long, it dried up.
When we fail to acknowledge our source we are disconnected from it. “He was in the world, and though the world was made through him, the world did not recognize him.” John 1: 10 NIV The reason the world is in chaos right now is exactly this. They do not acknowledge and recognize Jesus! – The One who made the world.
A life without Him then can only be a life that is slowly drying up, a life of stagnation.
When that tree was cut down even the birds that had come to make its branches their home eventually flew away; definitely to make another home elsewhere. There was no more life on the tree. It was no longer of use to them. Living things do not hang around dead things.
Dear friends, we cannot deny that the global disconnect from the source of life itself, Jesus, is the reason why confusion reigns.
Another Christmas is round the corner. Jesus is more than the trees, the gifts, the buntings, the merry making.

JESUS IS THE LIFE AND IT WILL DO US EVERY GOOD TO STAY CONNECTED TO HIM.