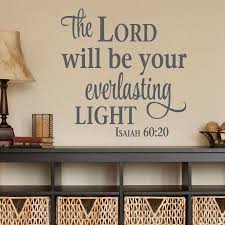 A young lady, Ire, was a new bride and had to go with her husband  Uche to the village for Christmas (their very first together) with the whole family i.e her in-laws. It was a mega big deal. Everyone wanted to show off what they had accomplished or acquired during the year especially materially. It was always a very competitive affair. The best gadgets, the most expensive metals (i.e cars); clothes and even children were on parade and tales of business deals, holidays abroad and boat cruises were the order of the day.

Now Ire was not unaccustomed to this; as a similar tradition was the norm with her family too though she and Uche did not come from the same place. The first couple of days went well. Uche had arranged for cooks to be hired so his new bride would not be saddled with the responsibility of cooking meals for the whole family as was the way of doing things in his family. (The newest female addition to the family by marriage was required to serve the others.) But Uche was having none of that. Talk about modern day slavery!  All Ire had to do was sit pretty and show that her darling Uche was taking very good care of her. And sit pretty she did. There was also always the issue of power supply. Very erratic and often times not available;  power was sourced alternatively from power generating sets. Over the years Uche and his siblings and cousins had kept upgrading theirs so that it could accommodate their growing families.

Well on the third day of their stay in the village in the evening while the children were setting up their massive Christmas tree, there was a power cut. But immediately, the generator came on and power was restored and the children squealed with delight and excitement as they continued their chore of decorating the Christmas tree. Then suddenly,  the generator sputtered to a stop. A hush fell over the house and all went quiet and still. What could have gone wrong?  Uche and some of his brothers and cousins went to see what the problem was. Sadly after about an hour, they were unable to fix the problem. In the ensuing darkness, the children had gone all quiet and were sad that they could no longer decorate the tree. Then grandma called out to one of the helps to run and get some packets of candles and by this time some family members who had come to the village armed with torches and rechargeable lamps found them and put them on.  The light from the torches, lamps and candles was enough  to brighten the house and the children once again came alive with chatter and laughter as they carried on decorating the tree. Ire, a lover of music had downloaded a few Christmas carols so she began to play them from her phone and all was well.  Her favourite being “O, little town of Bethlehem”..….yet in thy dark streets shineth  #”The Everlasting Light”.… she played it first. It was also the harmattan season so the weather was quite cool and no one missed the air conditioning.  Just as the children hung up the last Christmas bunting, power was restored and every one cheered. One of the adults plugged the Christmas lights into a socket and the whole tree came alive. Uche found Ire’s hand drew her close and whispered “The Power of Light.”

JESUS CHRIST is the LIGHT OF THE WORLD.  And in Him is no darkness found. “In him was life; and the life was the light of men. And the light shineth in darkness; and the darkness comprehended it not.” John  1:4 -5KJV

Light brings life or brings back to life the one from whom life had departed. “And he that was dead came forth, bound hand and foot with graveclothes: and his face was bound about with a napkin. Jesus saith unto them, Loose him, and let him go.” John  11:44 KJV

Light brings healing and good cheer. “And, behold, they brought to him a man sick of the palsy, lying on a bed: and Jesus seeing their faith said unto the sick of the palsy; Son, be of good cheer; thy sins be forgiven thee.” Matthew 9:2 KJV

Light  brings sweetness and keeps it from raining on our parade.  “Truly the light is sweet, and a pleasant thing it is for the eyes to behold the sun.” Ecclesiastes  11:7 KJV

Light calms the storm and brings peace. “And they came to him, and awoke him, saying, Master, master, we perish. Then he arose, and rebuked the wind and the raging of the water: and they ceased, and there was a calm.” Luke  8:24 KJV

Light brings things into focus and will not allow us stumble or fumble. “Jesus answered, Are there not twelve hours in the day? If any man walk in the day, he stumbleth not, because he seeth the light of this world.” John  11:9 KJV

Light gives a clear vision and removes confusion. “Then Jesus said unto them, Yet a little while is the light with you. Walk while ye have the light, lest darkness come upon you: for he that walketh in darkness knoweth not whither he goeth.” John  12:35 KJV

Light causes chains to break.  “And, behold, the angel of the Lord came upon him, and a light shined in the prison: and he smote Peter on the side, and raised him up, saying, Arise up quickly. And his chains fell off from his hands.” Acts  12:7 KJV

HE IS JESUS. AND HE IS THE EVERLASTING LIGHT.