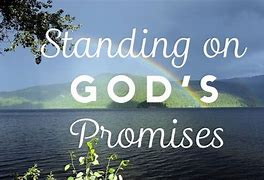 WE ARE NOT COWARDS! WE STAND.

Last week, I stayed away from work for two days and instructed my colleagues to do the same. The reason for this was because I had read a few articles about a planned civil unrest that was bound to get out of hand and that we should go stock up on about two months supply of food. I started to panic and I was spreading my fear and panic. I became a cowering mess. What was I even thinking?

“Cowards die many times before their deaths,
The valiant never taste of death but once.” These famous words were spoken by Julius Caesar, the title character of the Shakespearian play, “Julius Caesar.”

A coward is defined as one who lacks the courage to face danger, difficulty, opposition or pain or a timid or easily intimidated person. Does that describe us?  I hope not, though I had behaved cowardly. But that should not have been. We are one a kind because our Father has made us so. “God’s Spirit doesn’t make cowards out of us. The Spirit gives us power, love, and self-control.” 2 Timothy 1: 7 Contemporary English Version

Though the happenings all around us are at an all time high; stealing, killings, armed banditry, kidnappings and rumors of war; we have a hope. I plead and encourage us all to remain calm and rest on the promises of God for us. Fear cripples! I let my fear cripple my creativity. Time and time again in His word, God assures us of His presence with us even through the darkest hours. The hours are dark now but let us know that God is always with us. It is written: “Even when I walk through the darkest valley, I will not be afraid, for you are close beside me. Your rod and your staff protect and comfort me.” Psalms 23: 4 NLT. He assures of His protection too, as the Revolutionary Righter, shared with us in her article last week. Please click here: https://theplaceofpraise.com/god-our-refuge-and-fortress/.

In the book of Exodus, when Pharaoh changed his mind about letting the Israelites go, he gathered together the very best of his army; the strongest, most experienced, meanest and possibly the most ruthless of them all; and went after the Israelites. By the time Pharaoh and his team caught up with them, it was late for the Israelites to do anything. They were doomed. The red sea was looming ahead of them. How many of them could swim and escape the military might of Egypt? Where were they to turn to? But something happened. The impossible happened. The unexpected happened. A miracle happened. Let us know that the Israelites could do ABSOLUTELY NOTHING to save themselves. But God could and He did.  Does it appear that we are doomed right now as a nation? Does it seem that some strong, mean and ruthless men have been unleashed on us? Please do not fret like I did. That will not be necessary. Let us rather look up to the God who delivered Israel completely. The Egyptians had been their oppressors for so long that they knew only a life of slavery and oppression.

Then the Strength of Israel came to their rescue.  “But just before dawn the Lord looked down on the Egyptian army from the pillar of fire and cloud, and he threw their forces into total confusion.  He twisted their chariot wheels, making their chariots difficult to drive. “Let’s get out of here—away from these Israelites!” the Egyptians shouted. “The Lord is fighting for them against Egypt!”  So as the sun began to rise, Moses raised his hand over the sea, and the water rushed back into its usual place. The Egyptians tried to escape, but the Lord swept them into the sea. That is how the Lord rescued Israel from the hand of the Egyptians that day. And the Israelites saw the bodies of the Egyptians washed up on the seashore. ” Exodus 14: 24-25, 27, 30 NLT

This is the same God we call Abba, Father! He is the same yesterday, today and forever; which means He can do this all over again. And He will rescue us from oppression too. The history of the Israelites would have been different today had God not stepped in to fight for them. God will step in and fight for Nigeria. And so I make the following declarations: God will throw every force fighting against Nigeria into confusion. God will make it difficult for them to advance their wicked agendas. And they will not escape God’s wrath because it will sweep over every last one of them, In Jesus name. As for us we remain unshaken.

LET US NOT BE AFRAID FOR WE ARE NOT COWARDS! WE STAND… ON THE PROMISES OF GOD.