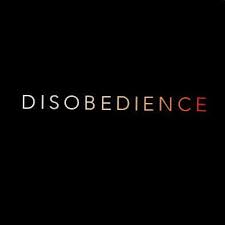 THE EVIL THAT IS DISOBEDIENCE.

As powerful as “obedience” is, so is disobedience;  but in a very negative and destructive way. The disobedience of one man (Adam) caused all men to be separated from God while the obedience of one other(Jesus Christ), reconciled us all back to God.

Disobedience to God has damaging consequences that have the potential of destroying us even unto death. “In the past you were spiritually dead because of your disobedience and sins.” Ephesians 2:1 Good News Translation That is exactly how terrible it is when we are in disobedience. We will not be in a position to hear anything from God. Disobedience keeps us in the dark, the way Jonah was left in the dark belly of a big fish when he was running away from what God told him to do; until Jonah repented and God asked the fish to vomit him. When we repent from acts of disobedience, God will forgive us.

The Israelites literally wasted away in the wilderness simply because they did not obey God. The journey to the Promised land should have taken eleven days but they ended up spending forty years and most of them died on the way. “The Israelites had travelled in the wilderness for forty years until all the men who were old enough to fight in battle when they left Egypt had died. For they had disobeyed the Lord, and the Lord vowed he would not let them enter the land he had sworn to give us—a land flowing with milk and honey.” Joshua 5 : 6 NLT  Disobedience to God will not only lead us to lives of non-achievement, we will also be denied of God’s bountiful blessings.

Pharaoh also suffered the consequences of disobedience to God. He boasted when Moses and Aaron told him what God asked him to do. “Is that so?” retorted Pharaoh. “And who is the Lord? Why should I listen to him and let Israel go? I don’t know the Lord, and I will not let Israel go.” Exodus 5:2 NLT We all know how he ended up with his chariots and horsemen. They were totally and forever annihilated.  Disobedience to God can bring total destruction on the one who disobeys.

When we walk in disobedience to God, we call all kinds of disaster upon ourselves. God loved the children of Israel so much but He was never pleased with them when they ignored His instructions. Hear what happened on such an occasion “This is what the Lord says: “Stop at the crossroads and look around.     Ask for the old, godly way, and walk in it. Travel its path, and you will find rest for your souls.     But you reply, ‘No, that’s not the road we want!’  Listen, all the earth!  I will bring disaster on my people. It is the fruit of their own schemes, because they refuse to listen to me. They have rejected my word. Therefore, this is what the Lord says: “I will put obstacles in my people’s path. Fathers and sons will both fall over them. Neighbours and friends will die together.” Jeremiah 6:16, 19, 21 NLT To disobey God is as good as rejecting Him.   This stubbornness from the Israelites is likened to rebellion, witchcraft and idolatry  which bring rejection; the way God rejected Saul as king when he did not carry out God’s instructions.

The evil of disobedience cannot be over emphasized.  It even makes an offering unacceptable to God.  “To what purpose cometh there to me incense from Sheba, and the sweet cane from a far country? your burnt offerings are not acceptable, nor your sacrifices sweet unto me.”  Jeremiah  6:20 KJV

Let us be sure then to answer when the Lord calls and quit giving excuses as to why we are unable to do what He has called us to do.

Steer clear of disobedience it will only lead to destruction and disaster.

Let us learn and strive to obey God always.