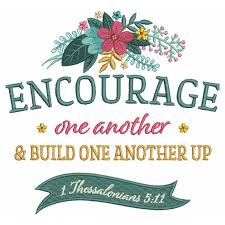 ENCOURAGE YOUR BROTHERS AND SISTERS

What kind of sibling are you?  Are you the one who could not care less what others are going through? Or the one who could not be bothered if another needs help? Life is much more than “the Lord blessing me and mine”! Of course that is good but we have a responsibility as believers to look out for one another. “Bear one another’s burdens, and so fulfill the law of Christ.”  Galatians  6:2 ESV When we neglect to do this, it does not speak well of us. Let me tell you about some brothers who acted this way.

Some siblings had recently passed through the experience of being freed from slavery. One would have thought that they would unite and watch out for one another. Yet some of them just had to have their own way. This is what happened with the tribes of Reuben and Gad, of the twelve tribes of Israel. The Lord had promised their ancestors the land of Canaan as their inheritance. But it was not going to be handed to them on a platter.  They would have to work (fight) for it and trust God for victory.  But some were afraid and ended up discouraging others with their fearfulness. (Ten of the twelve spies who were sent out to survey the Promised land came back with a negative report.)

“This is what your fathers did when I sent them from Kadesh-barnea to see the land! For when they went up to the Valley of Eshcol and saw the land, they discouraged the hearts of the Israelites so that they did not go into the land which the Lord had given them. And the Lord’s anger was kindled on that day and He swore an oath, saying, ‘None of the men who came up from Egypt, from twenty years old and upward, shall see the land which I promised to Abraham, to Isaac, and to Jacob, because they have not followed Me completely, So the Lord’s anger was kindled against the sons of Israel (Jacob) and He made them wander in the wilderness forty years, until the entire generation of those who had done evil in the sight of the Lord was destroyed.” Numbers 32: 8-11 & 13 AMP There were two men though who stood out, Joshua and Caleb, and they were spared.

Another generation of those siblings had now grown up and were still on this journey their fathers never finished.  Some of them were going to repeat the mistake of generations before, knowingly or not.  Hear what they told their leader: “So the people of Gad and the people of Reuben came and said to Moses and to Eleazar the priest and to the chiefs of the congregation, the land that the Lord struck down before the congregation of Israel, is a land for livestock, and your servants have livestock.” And they said, “If we have found favor in your sight, let this land be given to your servants for a possession. Do not take us across the Jordan.” Numbers 32: 2 & 4-5 ESV  They had seen something that was good for them and they were fine with that.  Left to them, all the others could go and sort themselves out. Not minding that it was God who promised them the inheritance across the Jordan. Moses reprimanded them in very strong terms. “Do you intend to stay here while your brothers go across and do all the fighting?” Moses asked the men of Gad and Reuben. “Why do you want to discourage the rest of the people of Israel from going across to the land the Lord has given them?” Numbers 32: 6-7 NLT

Well, they eventually cut a deal with Moses and the elders and went with their brothers to take possession of the Promised land but returned to inhabit the east of the Jordan and thus never took part of God’s inheritance for them.

Please note the following from the above:-

When God gives a vision we must work hard and trust Him to bring it to pass.

When we do not believe God to do as He has promised because of what we see to the contrary, we will waste time and never achieve anything meaningful.

When we trust God and step out boldly, He will go with us and see us through.

We must be mindful of generational patterns; Let our children never make the mistakes we made. AMEN!

As we are being directed into a new normal after the lock down, we will see some of our brothers and sisters genuinely struggle to keep up. Please let us not ignore them if it is within our power to help. Trusting God should be second nature to us. He has our back. Therefore as we must move ahead, even in uncertainty,  move boldly and do not falter. Some are watching and waiting for us to make the first move then they follow suit.

God will go with us and as we go, know that we are encouraging our brothers and sisters.