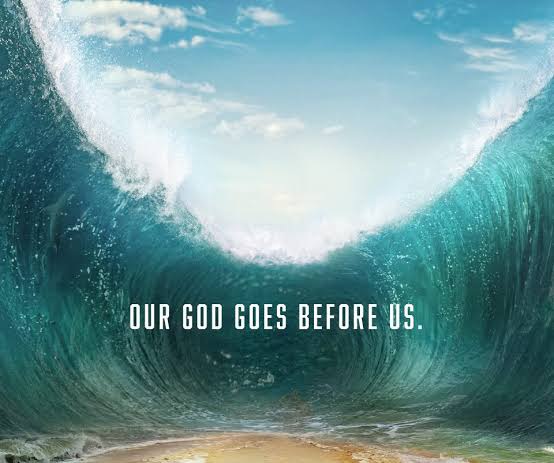 GOD SHOULD GO BEFORE US

I am slowly coming to the point where I no longer jump and react to every negativity. And that is because there is just too much of it going around so I choose to focus on the good I see or hear or better still I create good scenarios and good memories. This is gradually becoming doable for me because I let God go before me.

Like most people, I tend to read a particular part of scripture over and over again and each time I do so, I get a different revelation. So this one time I found myself again in the story of Sarah and Hagar (Genesis 16). How on earth did that happen? How did Sarah conceive in her mind that she would be better off if she had a child for her husband by her maid. Clearly, she was not letting God go before to guide her. What Sarah had actually done was that she had gone ahead of God to plan for Him. Whenever that happens, there will always be confusion, disaster, hurt and pain. We are still dealing with some of that pain today. Not having learnt from their matriarch, Sarah, two young girls also thought they could preserve their family line by doing something not only foolish but abominable. They got their father drunk and proceeded to have incestuous relationships with him. They both became pregnant by their father and birthed sons by him: Moab and Ben -Ammi: the fathers of the Moabites and Ammonites, enemies of the Israelite. They went before God to plan for him.

Now how about the “mother of all living”, Eve, (Genesis 3: 20), who did not act as led and directed by God, but rather fell for the deceit of Satan; or her husband Adam, who went right along with his wife instead of refusing to do that which the Lord had warned them against. Their disobedience literally destroyed God’s  perfect plan for humanity. But thank God who has not allowed us to be consumed by the consequences of their actions but rather gave up His only Son Jesus for us, out of love.  “For God so loved the world, that he gave his only begotten Son, that whosoever believeth in him should not perish, but have everlasting life.” John 3: 16 KJV. When Jesus came it was to reconcile us back to God and restore the relationship that God had enjoyed with Adam and Eve and that is why we can call him Abba, Father, today.

Sadly, the wrongs done by Sarah,  the daughters of Lot and Adam and Eve are still being done today. How many times do we make choices without thinking through what the consequences or the outcome could be or who might be affected by those consequences on the short or long term? Sarah had a negative condition of being barren and she responded by wreaking the kind of havoc that is still rocking the world today! Talk about far reaching consequences. The daughters of Lot committed the unthinkable! Adam and Eve got us in a massive mess, but God’s unfailing and steadfast love have made a way out for us. Halleluyah!

When we lie, cheat (on exams, in relationships, etc,) it does not end there; other people suffer. Today some of the mental health issues that people are dealing with stem from choices that parents made in the home when they were verbally and physically abusing one another. Some children are torn apart today because they saw their parents involved in extra marital affairs. Some organisations have closed down and rendered hundreds and maybe even thousands jobless because some (mis) management decisions were taken, a whole lot of nations are going fast down the slippery slope because they are busy pursuing their own agenda rather than God’s own.

As things continue to go downhill all around the world, it is not the time to start fretting. That will only complicate matters. Let us put all our concerns before God and let Him go ahead of us trusting that He will still make things work for our own good. And know that the One that goes before you also has your back.