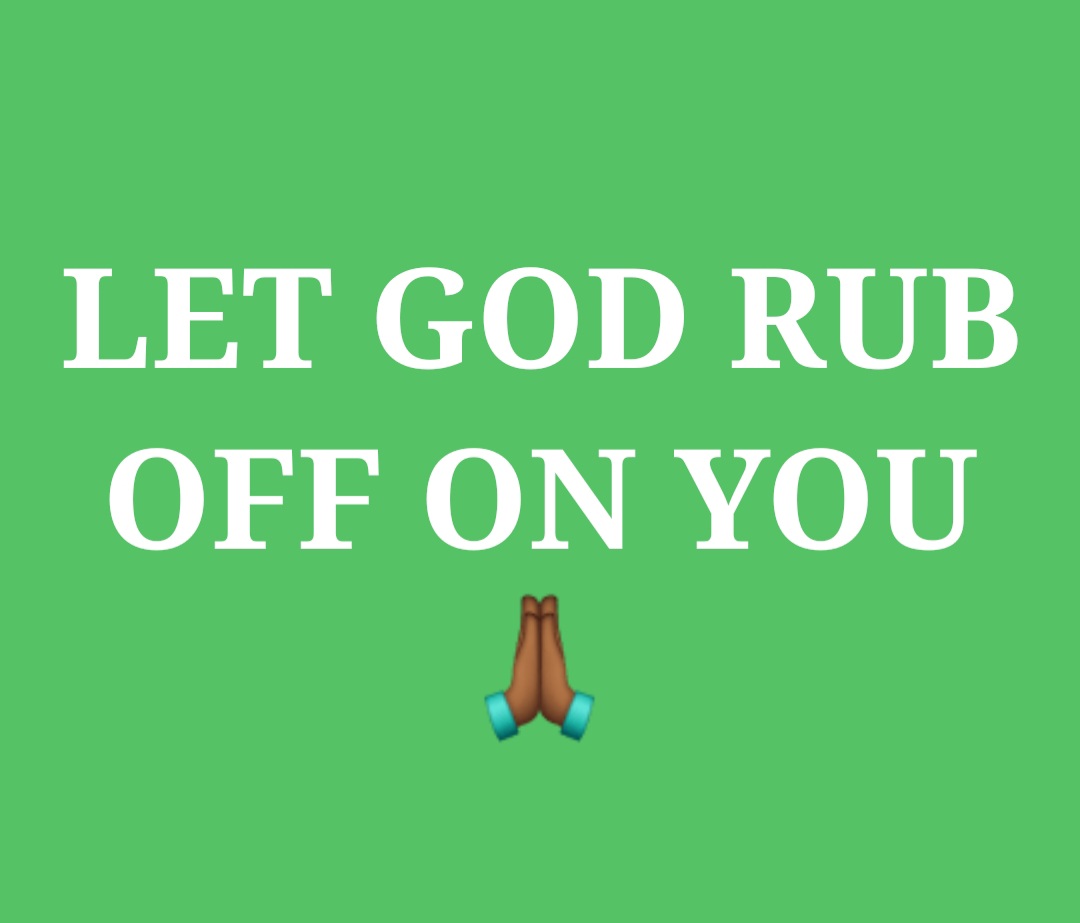 LET GOD RUB OFF ON YOU

Recently, a friend of mine lost both her parents within the space of three weeks.  They have both been laid to rest now and I pray that the souls of the departed will rest in perfect peace. While preparing for the funerals I got to spend a bit of time with my friend and I also got to meet her siblings. I thought they all looked alike in some way but then again when I looked at photographs of their parents, I could not easily tell which parent each one looked like. Pondering over this made me recall something that I had heard often while growing up. I remember it being said that after many years of marriage, couples began to look alike. This was probably why I could not easily tell which parent my friend and her siblings looked like.

Incidentally in 1987, research suggested that some of the following factors could be responsible for the phenomenon of couples looking alike after many years together:

Engaging in the same activities

It was said that these factors could all influence facial features. I would also like to add that every time couples share physical intimacy, each deposits a little bit of themselves into the other and over time these deposits become significant enough to manifest physically in their facial features as well as other ways like character traits, mannerisms, expressions and so on.

In a nut shell, the more time we spend with people, the more they tend to rub off on us and vice versa. According to the Cambridge English Dictionary, the phrasal verb “to rub off on someone” means “to have an effect through close association”. That is why even with platonic friends who have shared many years of friendship it is not surprising to see them display some similar character traits and expressions in speech or facially.

All these are possible because of close association. God referred to David as “a man after my own heart”. This is what the bible says “But God removed Saul and replaced him with David, a man about whom God said, ‘I have found David son of Jesse, a man after my own heart. He will do everything I want him to do.’ Acts 13:22 NLT That simply meant that David knew the heart of God. There is no shortcut to knowing the heart of another unless you spend time with them. No doubt David was spending quality time with God and that explains his confidence when he came face to face with Goliath the giant of Garth. David was definitely in close association with God and He had come to learn, believe and trust that God would never let any harm come to him. Today there are all kinds of giants all around the world. We encounter them on a daily basis. But how are we responding to them? Do we cower away in fear like the Israelites did when Goliath came to threaten them or do we step up boldly like David did?  Are we learning to believe and trust  that He will do what He says in His word?Well, if you have been in close association with God,(by spending quality time with Him) then I am certain that you are not being moved by all the mayhem that’s going on around the world. “Cast your burden on to the Lord, and he will sustain you; he will never permit the righteous to be moved,” Psalms 55: 22 English Standard Version

It can never be over emphasised that there is no time like the present, to come into close association with God through Jesus Christ , His Son. The more time we spend with Him, getting to know Him through His word, we can be sure that He will rub off on us so much so that we will begin to physically manifest who He is, peace, strength, joy, love and so much more.

LET US GET CLOSER TO GOD AND LET HIM RUB OFF ON US.