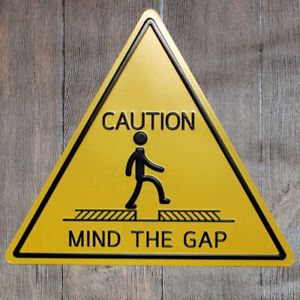 There was a gap in the old testament.

This gap was created by the use of middle men (the priests of Levite ancestry) to access our Heavenly Father. Very often as children we sometimes had to go through our mothers to collect things from our fathers.  But very rarely or not at all did we have to bring in a relative whether distant or otherwise to come and plead on our behalf to access our fathers. In the old testament, the Levites, who were the middle men, could not go to God directly whenever and however they wanted to. There was so much protocol to follow. The presence of God was believed to be in the Holy of Holies and they could only go in there once a year and that required the sprinkling of blood from animal sacrifices. First was the sacrifice of a bull; offered as atonement for the priest and his own household and then next was a goat which was offered for the sins of the people.  Just pause and think about that for a bit: people had to wait for a whole year to bring their issues or whatever was on their minds to God and even then, they had no direct access to Him. They had to wait for a mortal priest like themselves, who first had to cleanse himself before he could go into the Holy of Holies. Obviously, this was a long journey to embark on before people got to relate with God. This was not right; somehow. Because from the beginning we see how God delighted to have a relationship with His people. But the fall of Adam and Eve in the garden of Eden put an end to that. Yet communion with His creation was what God really desired.

So God realising that there were loopholes decided to do away with the old covenant. “The old rule, then, is set aside, because it was weak and useless. For the Law of Moses could not make anything perfect. And now a better hope has been provided through which we come near to God.” Hebrews 7:18-19 GNT  That “Hope” is Jesus, God’s own son, our Saviour and Redeemer. “He is not like other high priests; he does not need to offer sacrifices every day for his own sins first and then for the sins of the people. He offered one sacrifice, once and for all, when he offered himself. The Law of Moses appoints men who are imperfect to be high priests; but God’s promise made with the vow, which came later than the Law, appoints the Son, who has been made perfect forever.” Hebrews 7: 27-28 GNT

The gap has been bridged by the one and perfect sacrifice of our Lord and Saviour,  Jesus Christ on the cross of calvary. So what are we still running around for? Are you one of those who still goes looking for priests and prophets to tell you how it will turn out? Or are you going around looking for “power”? What power? Who has power in their hands but The Almighty? “God has spoken once, Twice I have heard this: That power belongs to God.” Psalms 62: 11 AMP

So trust me this is definitely not the time for that. As a matter of fact, there is no right time for that at all. What our Heavenly Father wants now is a one on one relationship with us. That should be our priority. We now have direct and unfettered access to Him. The truth is we do not need any middle men. The temple veil leading to the Holy of Holies was ripped in two from top to bottom when Jesus breathed His last on the cross. This was symbolic because the absence of a veil means there are no more restrictions.  “Now, this is the covenant that I will make with the people of Israel in the days to come, says the Lord: I will put my laws in their minds  and write them on their hearts.I will be their God, and they will be my people. None of them will have to teach their friends or tell their neighbors, ‘Know the Lord.’ For they will all know me,from the least to the greatest.” Hebrews 8:10-12 GNT  “Knowing” the Lord implies that there is a relationship and there is intimacy. However this should not take away our attendance from regular church services as we have been told in the scriptures: “And let us not neglect our meeting together, as some people do, but encourage one another, especially now that the day of his return is drawing near.” Hebrews 10:25 NLT  But rather this should help us make better meaning of what goes on in those meetings or question what does not sound right.

Be careful and do not fall through the gap of seeking after middle men when God has given us a much better package of coming directly to Him: through His own dear Son, JESUS.

THEREFORE MIND THE GAP; COME BOLDLY TO THE THRONE OF GRACE!