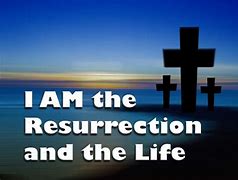 THE RESURRECTION CANNOT BE BURIED

Once again Easter is here. This is the commemoration of the Resurrection of our Lord and Saviour, Jesus Christ. So, Happy Easter everyone! And thank you Abba for the Risen Lord! Halleluyah!!

When Jesus was crucified it was on a Friday and it was the day before the annual Passover feast; (which was a big deal in Israel because it was a memorial for the deliverance of the children of Israel from the slavery and bondage of Egypt). It was also preparation day for the Sabbath. It would have been most unsightly, according to the Sanhedrin, the highest ruling Jewish council, for the bodies of criminals to still be hanging on a tree because “Cursed is everyone who is hung on a tree” Galatians 3: 13b. And so they had to get the bodies of Jesus and the thieves down before the Sabbath. No tomb had really been prepared in advance for the burial of Jesus but a kind, God-fearing man of means; Joseph of Arimathea; collected the body of Jesus and laid him in his own tomb in order to await anointing with spices the day after the Sabbath to prolong the process of decomposition which would ultimately set in.

Now in ancient Israel, tombs and catacombs were homes specially built for the dead. Corpses were laid therein until they were completely decomposed and then their bones would be stored in a central pit or in an ossuary (bone box).

Tombs were also always cut into the rock, usually with a small ante room which leads to the recess where the bodies are eventually laid. According to the gospel of John it appears Jesus body was still in the ante room since one could just bend in and look to see if the body was there or not. “And stooping to look in, he saw the linen clothes lying there, but he did not go in.” John 20: 5 ESV The gospel according to John also tells us that Jesus body was anointed by Nicodemus while the other three gospels record that the three women; Mary Magdalene, Mary the mother of James and Salome were going to anoint His body after the Sabbath. Going by the accounts of the other three gospels it was the case then that the body of Jesus was not anointed for burial. By the time Mary Magdalene got to the tomb on the third day, it was already empty – “Now on the first day of the week Mary Magdalene came to the tomb early, while it was still dark, and saw that the stone had been taken away from the tomb.” John 20:1 ESV When she discovered that the tomb was empty, Mary ran back to tell the other disciples. “So she ran and went to Simon Peter and the other disciple, the one whom Jesus loved, and said to them, “They have taken the Lord out of the tomb, and we do not know where they have laid him.” John 20: 2 ESV

Earlier in His ministry when Jesus came to the tomb of His friend Lazarus who had been dead and buried for four days, He had said the following words to Martha, the sister of Lazarus as a way to console and comfort her. “Jesus said unto her, I am the resurrection, and the life: he that believeth in me, though he were dead, yet shall he live:” John 11: 25 KJV

Jesus already told them who He is “The Resurrection and the Life”.  I believe that this is the very reason why Jesus could not be buried.

Yes, they crucified Him.

Yes, they put Him in a grave.

Yes, they rolled the stone and covered the grave.

But Jesus never stayed in that grave.

They could not bury Him because He was not there.

Jesus is the Life.

The Living will not stay among the dead.

Jesus is the Resurrection. And He cannot be buried.