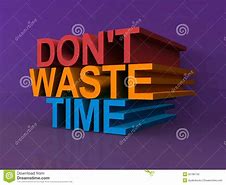 DO NOT WASTE THE TIME

David, the son of Jesse was a warrior; a mighty one at that. So much so that once, when the Israelites returned from a particular battle, the following happened: “As they danced, they sang: “Saul has slain his thousands, and David his tens of thousands.” 1 Samuel 18: 7 NIV The women were celebrating David and his achievements. This greatly angered King Saul and he sought ways to finish David off. When David realised that he was no longer safe in King Saul’s employ he ran away for his life to be preserved. And God preserved David’s life, but even when he became king and reigned over Israel, he still went to war against the Philistines. God was always with them and they were always victorious.

Then once again, war broke out between the Philistines and the Israelites and this one time, David became exhausted during the battle. His exhaustion was apparent to the enemy and one of the Philistines, Ishbi-benob; a descendant of Goliath (the uncircumcised Philistine giant whom David himself had killed) was going to take advantage of David’s tiredness and kill him. But God did not allow that happen. Abishai, one of David’s men came to the rescue and killed Ishbi-benob. David’s men then swore to him that he would never again go to battle with them. “But Abishai son of Zeruiah came to David’s rescue; he struck the Philistine down and killed him. Then David’s men swore to him, saying, “Never again will you go out with us to battle, so that the lamp of Israel will not be extinguished.” 2 Samuel 21:17 NIV

There is so much for us to learn in this story but I will talk about two of those lessons today. In the above story, clearly David was getting old but thankfully he had trained other men to know enough to be able to fight and be defensive. Ishbi-benob would ordinarily be no threat whatsoever to David, yet he dared to even think about killing David because of his present weakness. The bible tells us that there is a time for everything. (Ecclesiastes 3) This is the same David that not too long ago some women were singing praises of his prowess and skill in war. Whatever happened to him?  How bad could it be that his fighting men “swore” that he would never go fighting with them again? Time happened to David. These were men that David had trained and obviously he had trained them well. So when the time came and he could no longer perform at optimum, they knew what to do and they did it well.

So here is the thing. When we are in positions of authority or influence are we using or abusing the power given to us? Whether it is our children, domestic staff, employees, subordinates at the work place, relatives or even partners; how do we treat them? How do we relate to them? Do we show kindness, compassion and love? Or are we always abusive, bullying and oppressive even? You can be sure that if David had been unkind back then, Abishai would have been too happy for the enemy to take David out yet he fought and defended David. Remember the saying “what goes around comes around”. These were men that had experienced David’s kindness when after plundering the Amalekites, David insisted that all the spoil be divided equally. (1 Samuel 30: 23-25) These were men who had seen David respect the authority of Saul as God’s anointed by refusing to kill Saul when Saul was right under his nose. (1 Samuel 24: 8-13)

Remember also that the years are moving along. The once young David who easily killed a lion, a bear and Goliath was fainting at the battle front. Time will happen to us all. Let us face it nobody is going to remain on this side of eternity forever. We owe it to ourselves therefore to be more concerned about storing up treasures in heavenly places. No amount of cosmetic surgery will make a 60 year old a 16 year old. But the word of God will keep us refreshed and renewed. “He fills my life with good things. My youth is renewed like the eagle’s!” Psalms 103:5 NLT. We must brace up for old age. It is real and it is not a curse. The more time we spend in the word of God the more promises we will find to live a good old age, so that “our lamp will not be extinguished” like the enemy would have done to Israel had David been killed in battle.

Let His word be the lamp unto our feet and the light unto our path. Keep the lamp on.

David used his time well. We do not have forever.

DO NOT WASTE THE TIME!