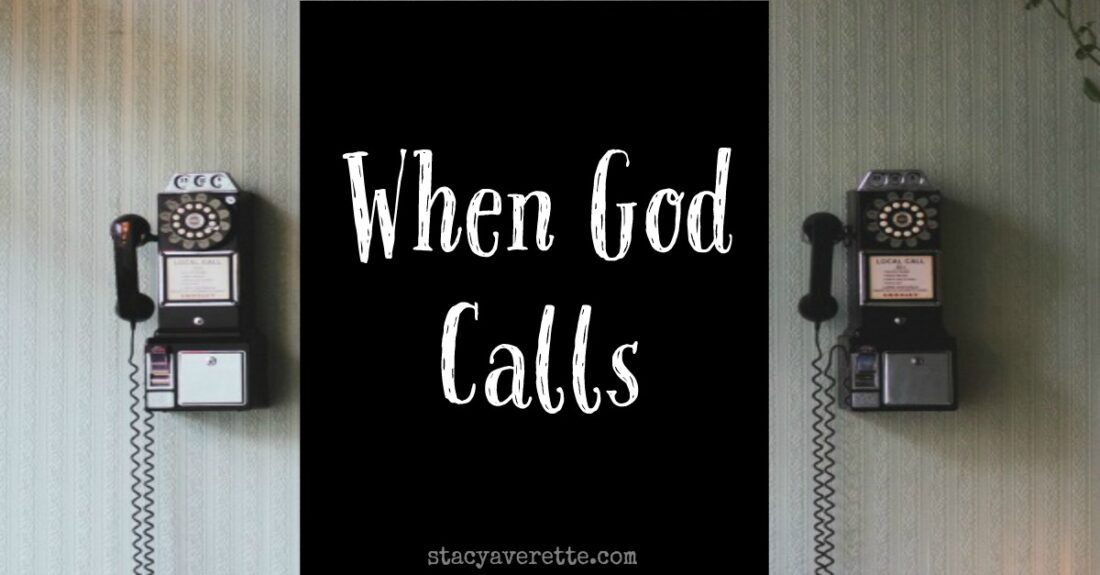 At home with our families, at work with our colleagues or even out with friends at social events, there is a possibility that someone will call out our names. There are three things that we will most likely do. We could turn around without saying a word; we could answer by responding “Yes, please”; or turn around and answer “Yes please” simultaneously while walking towards the caller.

Throughout scripture, there are instances when God called out to His creation, His children. When God called out to Adam in the garden, his first response was of fear. “But the LORD God called to the man, “Where are you?” He answered, “I heard you in the garden, and I was afraid because I was naked; so I hid.” Genesis 3: 9 – 10 NIV. Similarly when God appeared to Moses from the burning bush, he also expressed fear. Then he said, “I am the God of your father, the God of Abraham, the God of Isaac and the God of Jacob.” At this, Moses hid his face, because he was afraid to look at God.” Exodus 3: 6 NIV. In the New Testament whenever the angel of the Lord appeared to anyone, the salutation was most often “Do not be afraid.” When Zechariah was serving at the altar an angel appeared to him. “Then an angel of the Lord appeared to him, standing at the right side of the altar of incense. When Zechariah saw him, he was startled and was gripped with fear. But the angel said to him: “Do not be afraid, Zechariah; your prayer has been heard. Your wife Elizabeth will bear you a son, and you are to call him John” Luke 1:11-13 NIV. The same thing happened with Mary as well when Angel Gabriel appeared to her. “But the angel said to her, “Do not be afraid, Mary; you have found favor with God.” Luke 1: 30 NIV

When God calls; whether we hear Him audibly or it’s a leading to be involved in the ministry, we are definitely not going to respond the way we do when we hear our names being called out at home, at work or at play. Rather, there might be fear and denial even. So I come to encourage us today, when God calls; PLEASE, DO NOT BE AFRAID. If the truth be told there will be obstacles but I wager God knows about them and He will use them to strengthen and build us up. Joseph was planning to put Mary away privately without publicly humiliating her, but even when the angel of the Lord visited him and explained that it was a calling, it did not make the journey to the Messiah’s birth an easy one. Joseph was obedient to the call of God, to be the earthly father of Jesus Christ. He was warned in dreams by God several times to run away with the baby Jesus in order for His life to be preserved.  He answered every call. Thank God Joseph did not stay adamant about putting Mary away. Thank God he answered and was obedient to the call. Thank God he ran to Egypt with the baby Jesus when he was asked to and thank God he came back at the time he was called to.

As Zechariah, Mary and Joseph answered their calls, God was able to do what He wanted to do. When God calls us to service, our response in the affirmative is a shield and a cover. We all know the story of Jonah who answered in the negative to God’s call and how he had to literally go through “the valley of the shadow of death” in the mouth of a whale until he cried out to God for help. “In my distress I called to the Lord, and he answered me. From deep in the realm of the dead I called for help, and you listened to my cry. Jonah 2: 2 NIV

Some have been obedient to God’s call even to the point of death. I have no answer to that. All I know is that while we are still here we will not have all the answers. Let us answer our calls and serve diligently. “So that of me it may be said, she hath done what she could.” (The third and fourth lines from the fourth stanza of the hymn – “I want to be like Jesus”) by W. Meynell Whittemore

WHEN GOD CALLS; PLEASE ANSWER. DO NOT BE AFRAID.