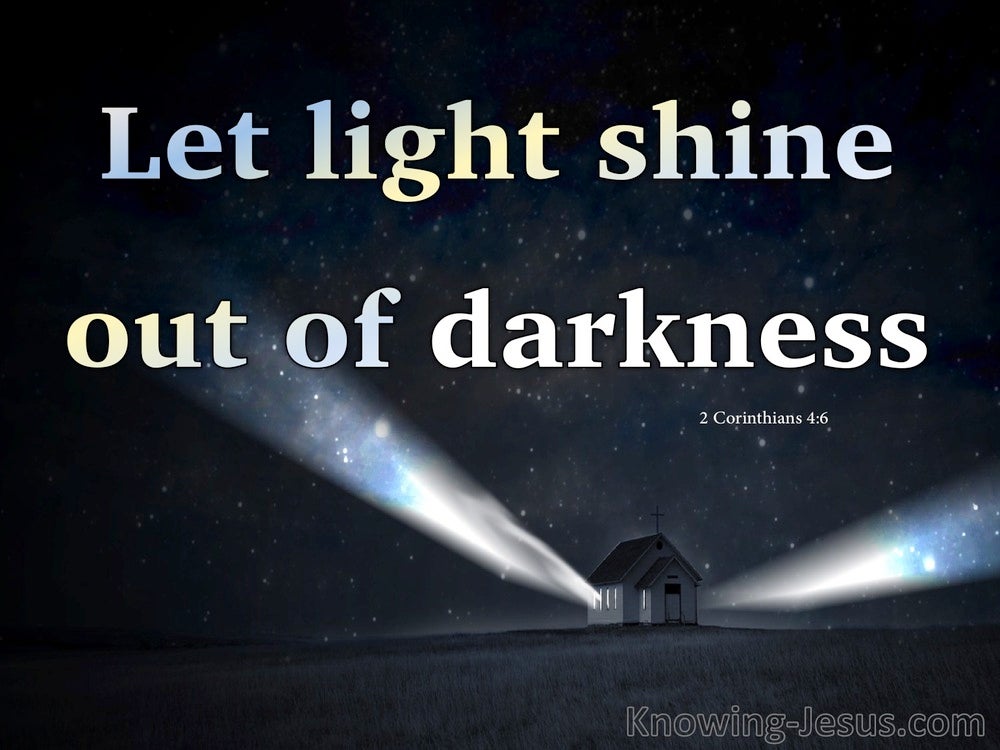 THE LIGHT THAT TAKES AWAY DARKNESS.

The drapes were heavy. It was impossible to see through them. But Kami loved it just like that.
She wanted the dark to go on forever so she could have an excuse to stay indoors again.

What use and what good was it out there anyway?
Every thing around her had gotten so dark. How did she not notice before now? From the clothes she wore, the thoughts on her mind, the movies she cared to watch: everything was dark or how else could she explain this constant envy of everyone around her; her husband, her siblings; envy of even her children?  She envied her husband his continued success.
She was envious of her siblings who always appeared to be on top of the world. And worst of all she envied her children their youth. They had their whole lives ahead of them. They could make mistakes and start all over again. But the most painful part to her was that they had their fresh innocent looks. How could she even begrudge them that? Yet she did. Had her mother and older brother not warned her when she was wild and absolutely uncontrollable back at Uni? But she had never listened and thought she would always have her drop dead figure and men run after her forever. Just look at her now!

Kami straightened as the knock sounded on her door. She answered softly “Come in.” It was Lanre her last and most caring child.  He loved her unconditionally. Though she was unkempt and a bit funky, she still held out her arms to him and he ran into them. “Mum” he whispered, “you have had nothing to eat all morning. I brought you a tea tray and some pineapple cubes. Please say you will have some, mum.” He pleaded with his eyes. Kami smiled weakly knowing she couldn’t say no to him. “Go; bring it in, my love” she said. Lanre walked back towards the door, opened it and wheeled in the trolley with the tea tray and fruits. Then he said as he set it before her bed; “Mum, please let us put on the light and I can help you tidy up here.” She frowned and Lanre saw it. He moved and sat beside her on the bed. He did not wrinkle his nose up in disgust though there was quite a bit of an unpleasant smell around. He drew his mum to a sitting position and put his arms around her. Then, never one to miss an opportunity to evangelise, he began: “Mum, light does not hurt. It only illuminates things and gives you a better view and a clearer picture.” Then he smiled directly at her and continued; “Jesus is the light of the world and He shines out every darkness if you let Him in. Come mum, let us pray together and you can let Him in now.”  “Ok Lanre, do as you wish.” she sighed. And Lanre led his mum to Christ.

Kami was a middle aged mother of three wonderful children. Lanre had two older sisters and both were married with children. One lived abroad and the other lived a short distance from their mum. Their dad, Kami’s husband, a much older and very wealthy and influential man had been intolerant of Kami’s  misdemeanours when she continually left her children with their grandma and nannies and spent more time with friends at parties than at home with her family. Her husband had warned her repeatedly but all his warnings fell on deaf ears until Kami fell into the wrong hands and was kidnapped. Her husband paid a handsome ransom to get her back home but moved out of the house into one of his apartment blocks in the city shortly after. Lanre stayed with his mum, and though nineteen at the time he was already very responsible and was active in the school fellowship. He always looked for ways to talk to his mum about the love of God as she had never really been a church goer.

Like most other times, Lanre told her again that all her sins were already forgiven and that she needed to forgive herself. This day, all the fight and rebellion had left Kami. She did not argue or try to prove a point.  She was tired. As she listened to Lanre and prayed with him, she felt overwhelmed by the love of her son who kept telling her that God loved her even more. She knew she had to go and make peace with her husband. This man had never asked her for anything besides being there for him and the children but she had failed them all and she said as much to her son who had stood by her and always told her that all would be well.

This story ended on a great note as Kami was reunited with her husband.

Dear friend, it does not matter what you have gone through. Whether by your own deliberate fault or by accident, know that it is NEVER a reason to lock yourself up in a dark place. We, with all our imperfections, are the reason that a perfect God sent His perfect Son, Jesus to the world. Let us keep telling people around us who are slowly slipping into the darkness of depression. Jesus is all the light that we need, to come out of every dark situation. He suffered for us. He died for us. Let us accept His love and know that the light that He is can light us out of the darkness of depression and fear.