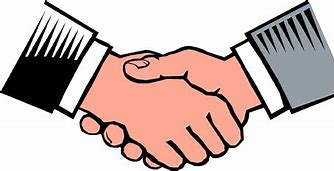 WHO IS YOUR ALLY?

Who is your ally? With whom are you joining forces, combining resources, uniting or coupling yourself?

Let us be careful of the alliances we make whether it is a business kind of alliance or a relationship (friends, partners) kind of alliance. It is very important that we have the approval of God as far as alliances go. Otherwise we set ourselves up for disappointment along the way. If God is not pleased with an alliance He will break it up. That might sound harsh but it is the plain and bitter truth. It does not even matter what kind of effort we have put into it. It does not matter how far or how long we have gone with plans to launch or birth the alliance; if it is not pleasing to God, it will not work. Some of us are very smart and we have all kinds of strategies to run successful businesses; but this one thing is so necessary. If we do not get God’s approval, it will eventually fold up.

There was a great king named Jehoshaphat. We are told that he did well. “And he walked in the way of Asa his father, and departed not from it, doing that which was right in the sight of the Lord.” 2 Chronicles 20:32 KJV He led the people of Judah and Jerusalem against their enemies by a God given strategy. They did not fight in the battle. He appointed singers who went before the army singing and praising God in the beauty of His holiness.   He did that which was right in the sight of the Lord. Great! Obviously he feared God and wanted to please God; and that is a wonderful thing.  Yet after this great victory over their enemies he got himself into a mess. I am surprised that after checking with God as to how to face their enemies in a battle, he somehow overlooked the importance of seeking God’s face concerning a business venture.

Are we sometimes like that? Do we get carried away after a huge breakthrough? Do we forget that the strategy for the breakthrough was given by God? It appears king Jehoshaphat did. See what happened: “And after this did Jehoshaphat king of Judah join himself with Ahaziah king of Israel, who did very wickedly:” 2 Chronicles 20:35 KJV Jehoshaphat himself was a great king but he allied himself to someone who was described as wicked. That was not pleasing to God at all. The bible tells us this: “God is an honest judge. He is angry with the wicked every day.” Psalms 7: 11 NLT If God is angry with the wicked every day, an alliance with a wicked person will not make God happy. “Together they built a fleet of trading ships at the port of Ezion-geber. Then Eliezer son of Dodavahu from Mareshah prophesied against Jehoshaphat. He said, “Because you have allied yourself with King Ahaziah, the Lord will destroy your work.” So the ships met with disaster and never put out to sea.” 2 Chronicles 20:36 – 37 NLT It takes about three years or more to build a ship, and that with all the advanced technology we have today. It definitely took much longer back then. Besides it is recorded that they built “a fleet of trading ships”. Clearly that must have taken a long time. Not to mention financial and human resources. Yet the ships were never used because of an alliance that did not please God. God already knew that it wouldn’t be long before the wickedness of Ahaziah would rub off on King Jehoshaphat. For it is written: “Be not deceived: evil communications corrupt good manners.” 1 Corinthians 15:33 KJV

Maybe this is why that merger did not go through; or perhaps it is the reason the relationship never felt right. Or could it be why that venture did not succeed?

If we must join forces or resources with another, let us see that we seek God’s face first.

We will not lose our resources to bad alliances!

CHECK OUT THAT ALLY FIRST!